Science and Animal Training Series #1: What is Science-based Training?

“Training” most often refers to changing the behavior of an organism.  The organism may be your dog or cat, horse or parrot, fish, lizard, or a human family member.  The behavior may be your dog learning to retrieve a ball, a lizard going to a certain area of his cage, or your nephew learning to put his backpack away after coming home from school every day. Many techniques can accomplish training, but science-based training has been shown to be the best way for you and your dog.

Changing behavior is sometimes referred to as behavior modification, which is used extensively to teach developmentally delayed children, people with mental illnesses who need to learn new approaches to the problems they encounter, and people who need to overcome addictions or who want to prepare themselves for a new career.  It’s a proven way of learning, and we can use it in educating children, training animals, and even in teaching typical adult humans new skills. Yes, behavior modification is just another word for training. Other words include conditioning, as in operant conditioning discovered by B.F. Skinner and classical conditioning discovered by Ivan Pavlov.  Academic folks call it Behavior Analysis or an element of Psychology.

Training your dog follows the same scientific principles that have been studied extensively over the last century.  A huge body of knowledge tells us that the science of behavior, encompassing operant conditioning and classical conditioning, both of which rely on positive reinforcement, are the best way to produce the behavior changes we want without undesirable side effects like fear, anxiety, frustration, and aggression, in the animals we train.

“Science-based training” means training techniques that are supported by the research mentioned above.  It does not include special techniques “invented” by an individual trainer. It includes techniques and protocols that have been developed based on the sound scientific principles shown to be effective.  Trainers stand on the shoulders of those who came before. Current trainers continue the development of a technology that began with the discoveries of Skinner and Pavlov.  When developing protocols for training behaviors, trainers should review the behavior science principles for consistency. I’m happy to help my students research the topic and check the connections themselves.

What does science-based training mean to you?

What does that mean to you, the pet owner?  Here’s what we know:  Positive reinforcement is tightly defined as our input into behavior in the form of something given to the animal after a desirable behavior is performed that increases the probability of that behavior in the future.  When you use reinforcement well, you don’t need punishment to train your animal or the human you’re teaching.  Simply count how many times the behavior is performed in each session to measure the strength of the behavior. Is it becoming more frequent?

Is it easy?  No – but it is simple.  It’s a simple, straightforward process that you can learn, and one that your animal will most definitely respond to.  You can learn to use specific procedures to quickly change an animal’s behavior.  Learning new things can be challenging, but what better way to enhance your life? Open up a world of possibilities for you and your pet! 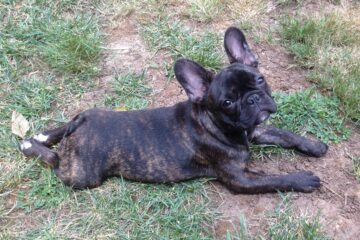